Just in case you missed my video of Asia….. 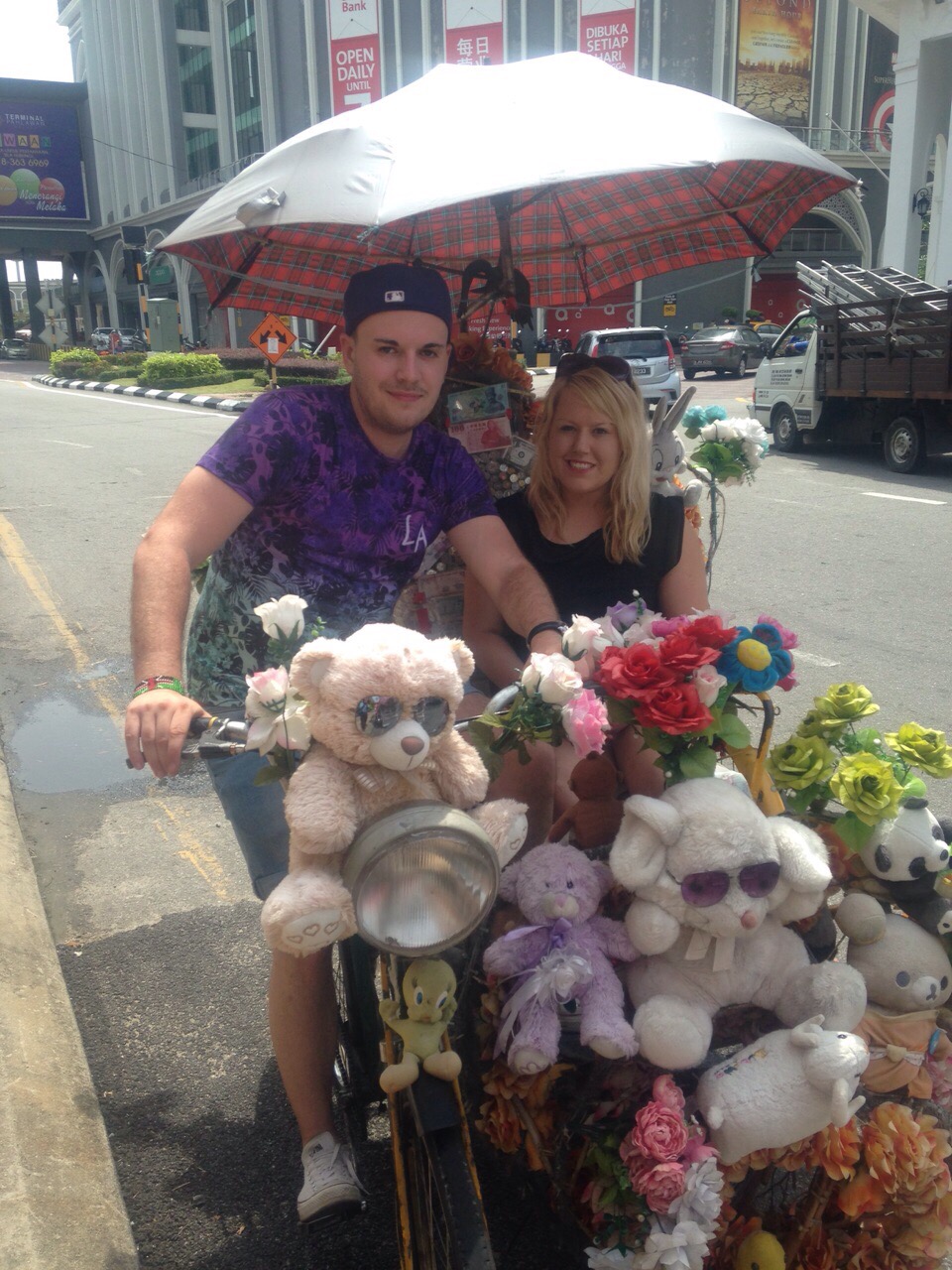 Two public buses took us from Kuala Lumpur to the historic city of Malacca in the south of Malaysia. Malacca was recognised as a World Heritage Site, which it proudly boasts all over the city.

We took lunch at an Indian which had surprisingly good food and amazing service – we all got our meals at the same time. Winner, winner, chicken dinner – well buttered chicken to be precise!

We then fought over riding in either a Disneys Frozen trishaw or a Hello Kitty one, we let it go and picked the Frozen clad vehicle. Thankfully for the cities traffic I wasn’t peddling!

Our rider, chauffeur, peddler whatever his title was took us on an hour and a half tour of the city, stopping at the serene kampungs (villages). As one of the oldest trading ports in Southeast Asia the city has many different influences including Indian, Chinese and European.

As night fell Beth and I headed to ‘Fat Boys’ restaurant, a western burger joint with a TGI Fridays feel to it. I was defeated by their ‘Fat Bastard’ it was a definite eyes bigger moment after an Indian at lunch time.

We took to the river for a night cruise which lasted for about 45 minutes, taking in the lights and the murals on the walls of the buildings lining the canal. Following the cruise we picked the tackiest trishaw for our trip home, music blaring, clad in cheap fairy lights. 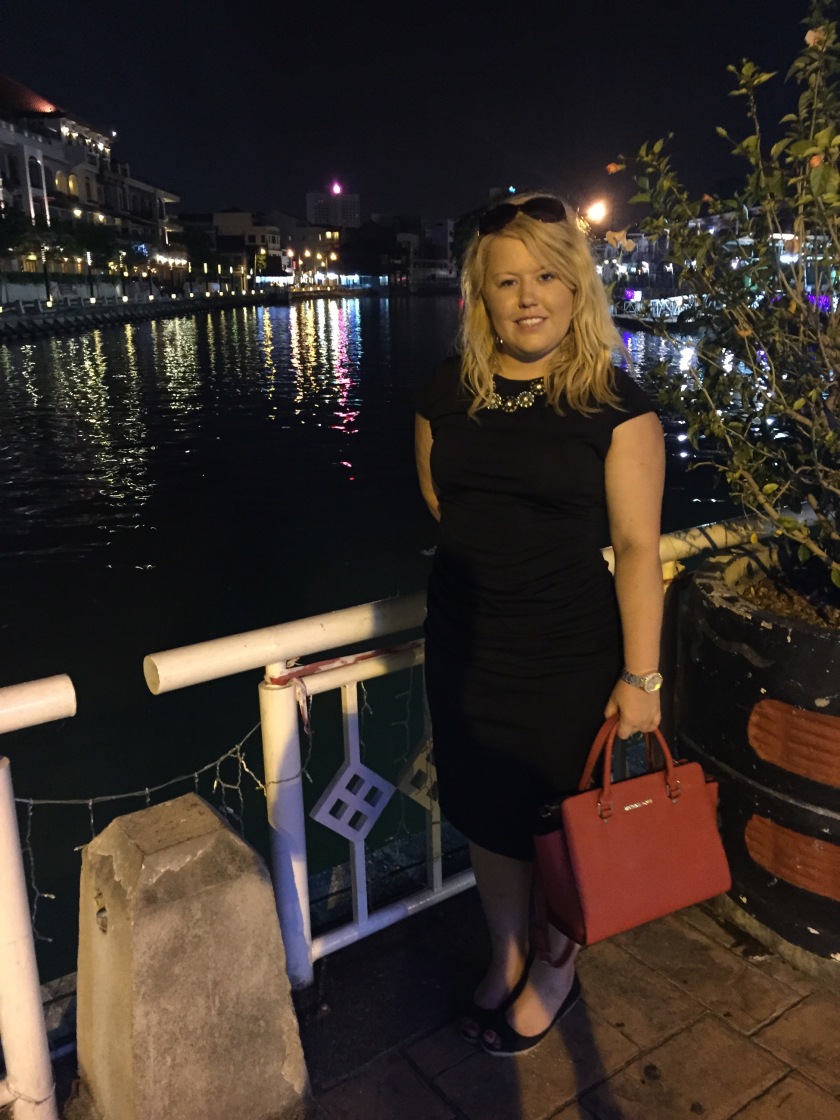 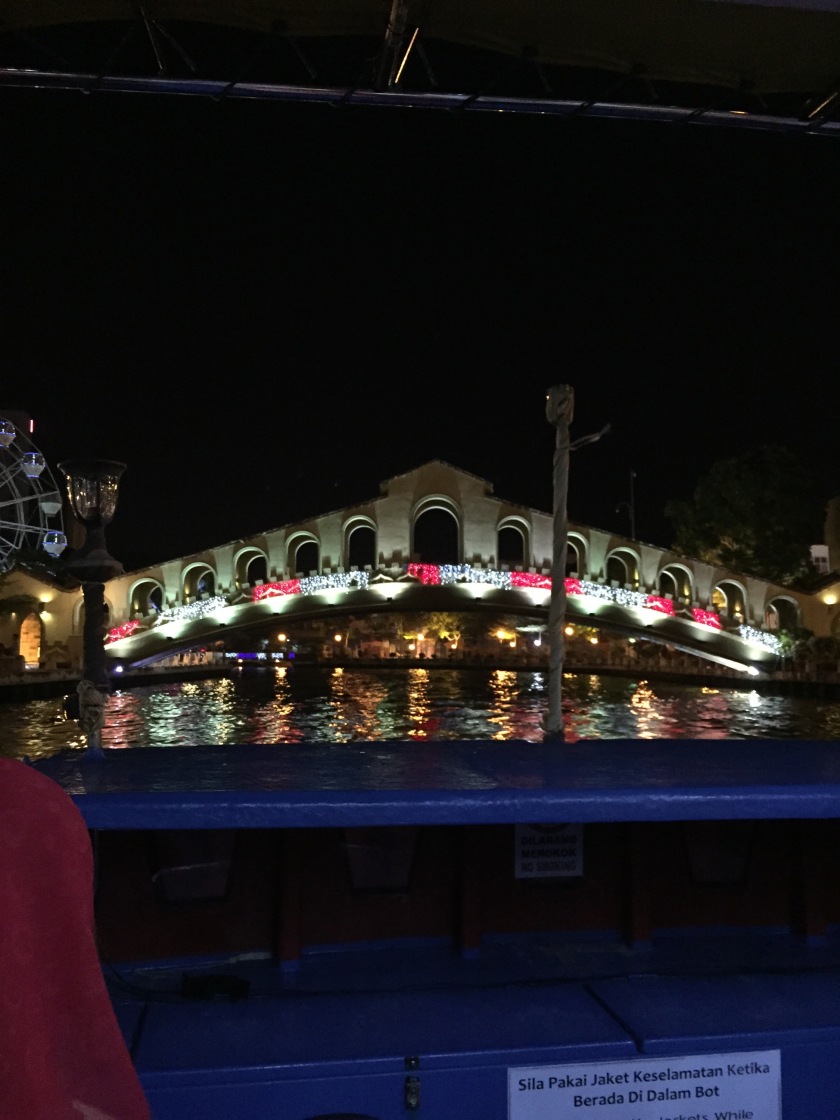